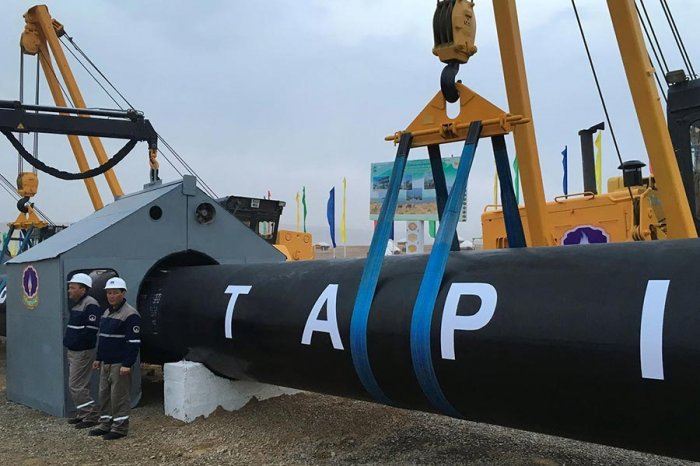 Afghanistan intends to take practical steps to implement the TAPI project. This was stated by the Afghan side after talks held with representatives of the Foreign Ministry of Turkmenistan. To this end, a Turkmen delegation led by Deputy Foreign Minister V. Hajiyev arrived in Kabul where it held talks with representatives of some Afghan ministries. In particular, with Acting Minister of Mining and Petroleum Shahabuddin Delawar.

After the meeting, a briefing was held, during which it was indicated when the works on the construction of the Afghan section of the transnational gas pipeline will begin - they will start in the second half of 2022. Delavar stressed that Afghanistan will also ensure the safety of the ongoing work, and the allocation of land for the implementation of the TAPI project will be carried out with maximum transparency.

It should be noted that, as Delavar said, the Afghan side was negotiating with the Turkmen side to ensure the security of the pipeline even before the official authorities took over. It is because of the elaboration of the security mechanism the Afghan part of the project has not yet started - at this time it is still under discussion.

However, it is already known that in the Ministry of Interior and Defense of Afghanistan a special unit will be formed which will include 30,000 servicemen. This unit will be responsible for ensuring the security of the gas pipeline in some parts of the country. According to the Ministry spokesman Said Khosti, his ministry, as well as the Afghan intelligence agency will do everything to ensure that the countries involved in the project will be confident in its safe and quality implementation.

In turn, Khadzhiev said that the Turkmen section of the transnational gas pipeline will be built this year. The deputy head of the Foreign Ministry of Turkmenistan said that the state will comprehensively contribute to the reign of peace in the territory of Afghanistan. In particular, implementation of the TAPI pipeline will contribute to this, which will create additional jobs for Afghans and have a positive effect on the state economy.

Other aspects of the Turkmen-Afghan partnership were also discussed during the meeting - the topic of construction of the TAP transmission line and the arrangement of railway communication between Turkmenistan and some Afghan provinces was touched upon.