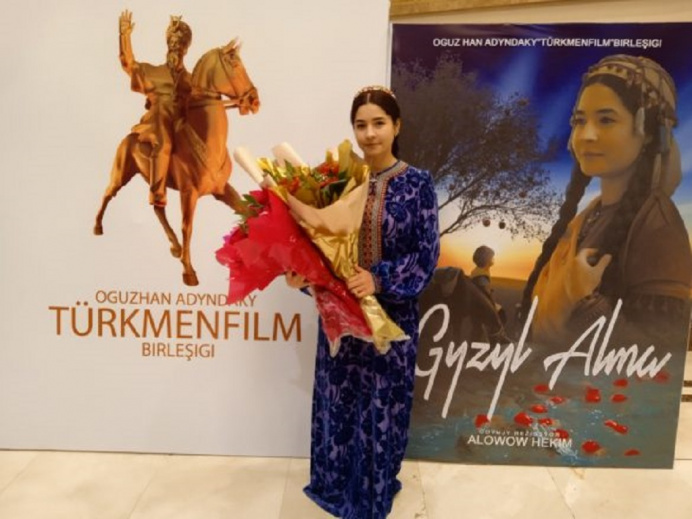 The melodrama "The Red Apple" premiered at the Ashkhabad Cinema on New Year's Eve. The Turkmenfilm film company made a film with a lyrical and at the same time comedic plot, which is perfect for family viewing.

The plot was based on the legend of the red apple, which is very often found in one form or another in Eastern literature. Hekim Alovov, the director of the film, raises the theme of education in the film and reveals such valuable qualities of the Turkmen people as humanity and generosity through the characters.

The audience will see a touching love story of two young people who meet by chance and realize that this meeting has changed their lives. They go through many trials, but keep their feelings.