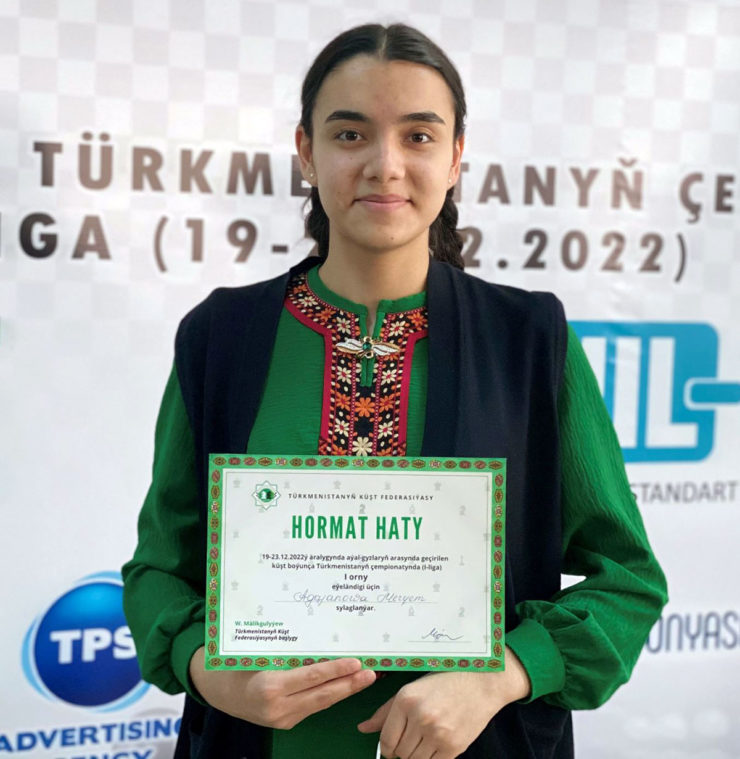 Sixteen-year-old chess player Meryem Agajanova has won the national Turkmen championship in chess among girls under 20 years old. This is reported by the Internet edition "Turkmenistan: Golden Age".

Thirty juniors under 20 from Ashgabat and five provinces of the country took part in the championship. The competition was held according to the Swiss system. A ninth-grader, Meryem Aghajanova scored eight points out of nine possible, raising her FIDE rating by 58 points (to 1,898).

As a result of the national championship young chess player won the right to participate in the continental and world championships among juniors.

Earlier, the trainee of honored coach Serdar Annaberdiyev also won the first league of the Turkmen championship among girls, which ended a month ago.