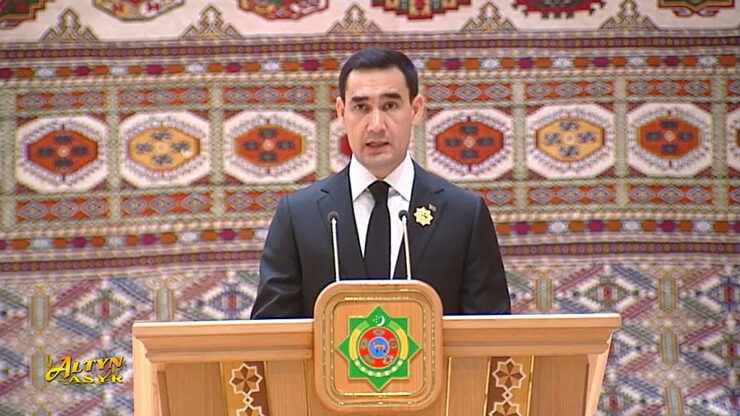 Speaking at an expanded meeting of the Cabinet of Ministers, President Gurbanguly Berdymukhamedov stated that one of the key tasks of Turkmenistan's economy is to reduce dependence on commodity exports. Also on the list of key tasks is the active development of all spheres, digitalization and diversification of the entire economy, the formation of market mechanisms, the support of GDP at a level not lower than 6%.

During his speech, the Turkmen leader addressed Deputy Prime Minister Berdymukhamedov, as well as all leaders working in the financial and economic sphere. He listed their priority tasks, including domestic market development and reducing dependence on commodity exports.

Among the key tasks, the President also named large-scale investments in the digitalization of all spheres of the economy and their technological re-equipment - this primarily concerns the agro-industrial complex, the construction industry, rail and maritime transport varieties. It requires extensive implementation of energy-saving methods of reproduction, state support for innovators and scientists in their research, as well as support for small and medium-sized private businesses.

The main task of banks is to restrain inflationary processes at the planned level, to provide the national economy with financial resources, along with the implementation of regulation and control over the money supply.

The Turkmen leader touched on the issue of regional development strategy, calling it a significant component of successful domestic state activity, implemented taking into account the demographic, labor and resource territorial opportunities and the quality of life of the people who live there. In this connection, the President instructed the development of a new National Program aimed at transforming the social and living environment in the regions, and covering the period until 2027. The leader of the nation also instructed to provide for its implementation with impressive investment funds.