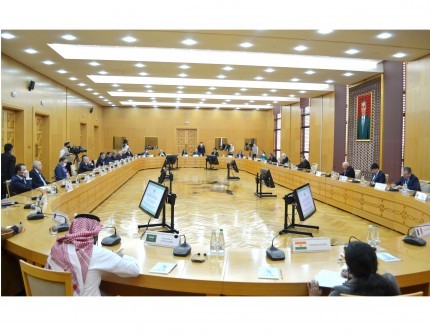 On February 12, the Ministry of Foreign Affairs of Turkmenistan hosted a briefing on the momentous decisions for the country taken at the meeting of the Khalk Maslakhaty of Turkmenistan.

Speaking at the meeting, the head of the Turkmen Foreign Ministry Rashid Meredov emphasized the importance of the event from the point of view of internal development of the country and Turkmenistan's activities in the world arena. The Foreign Minister emphasized the compliance of the country's foreign policy with the key principles: neutrality, desire for peace, good neighborly coexistence and mutually beneficial partnership.

The Foreign Minister of Turkmenistan noted that the events of international importance were held in the country at the highest organizational level. In particular, we are talking about the Consultative Meeting of the leaders of the Central Asian countries, the XI meeting of the International Association of Akhalteke Horse Breeding and the 15th ECO Summit.

Rashid Meredov talked about historically significant decisions that were adopted with the active participation of the Turkmen people. In particular, the Decree approving the Program "The Renaissance of a New Era of a Powerful State: The National Program of Socio-Economic Development of Turkmenistan" for the period up to 2052.

The Turkmen Foreign Minister noted that President Gurbanguly Berdimuhamedov named taking advantage of all opportunities for sustainable economic growth among the fundamental priorities of further implementation of the state policy. Thus, the development of the non-state sector and the reorientation of the economy to a market system will be facilitated by an active state support for private enterprise.

According to Meredov, an important point in the Turkmen leader's report was his statement about his reliance on young people to implement the approved programs.

Gurbanguly Berdymukhamedov recalled that he received the presidency 15 years ago. The Turkmen leader noted that he not only performs the duties of the president, but also heads the Cabinet of Ministers, the State Security Council, the Khalk Maslakhaty of Turkmenistan, and is also the Supreme Commander-in-Chief of the country's Armed Forces.

The head of state supported the idea of giving the way to the younger generation, in particular as far as state administration is concerned. The new stage in the development of the country is the time for young leaders, whose upbringing meets the high modern requirements. Gurbanguly Berdimuhamedov is ready to continue using his vast experience for the benefit of the fatherland.

The head of the Turkmen Foreign Ministry noted that the foreign policy of Turkmenistan will continue to focus on active development of the region. Promoting a democratic and equitable world orderbased on the tenets of international law.