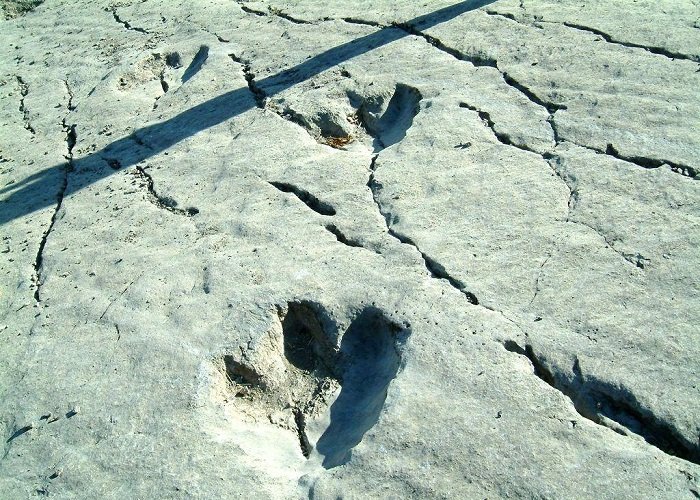 Every nation and every country is rich with its national tales, legends, vividly representing the life of ancient descendants. Turkmenistan is no exception, which has every reason to be considered the land where in the Jurassic period, passions boiled and desperate battles took place with the most unusual and mysterious creatures on earth - the dinosaurs.

High up in the mountains of Turkmenistan is the Dinosaur Plateau, where you can find many huge, chilling, frozen forever prints of these huge animals.

The confidence that this is not a folk fiction or another fairy tale is given by the conclusions of paleontologists, who found the remains of these creatures on Turkmen soil during excavations in the last century.

Many question the fact that after hundreds of millions of years, traces of ancient lizards have not disappeared, but continue to be clearly delineated on the ground, surprising by their size and depth.

The scientists' explanation is based on the fact that previously the plateau was the bottom of a reservoir, and served as a watering hole for animals. That is why such deep imprints are preserved.

Currently, the mountain plateau has become a place of pilgrimage of tourists from around the world.