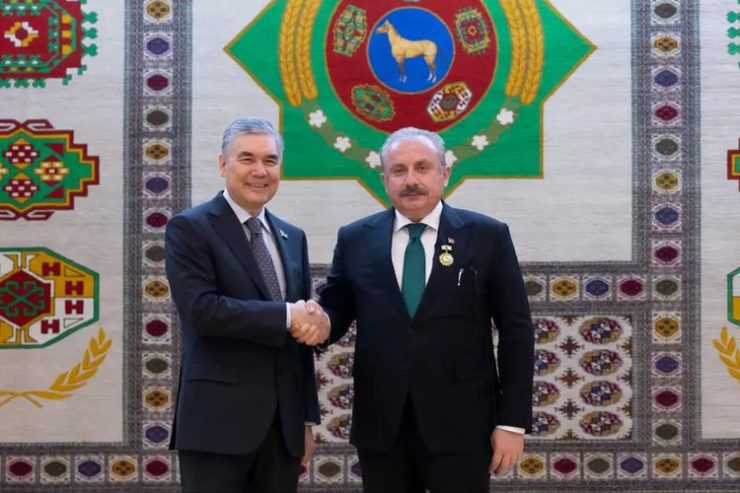 Chairman of the Grand National Assembly of Turkey Mustafa Shentop was awarded the order "For great love for independent Turkmenistan. This was reported today by Anadolu news agency.

The state awarding ceremony was held today at the Ruhiyet Palace in the Turkmen capital. The award was given for the development of Turkmen-Turkish relations.

Before the ceremony, Shentop met with Gurbanguly Berdymukhamedov, Chairman of the Khalk Maslakhaty Milli Gengesh of Turkmenistan.

During the meeting it was noted that parliamentary relations are an important component of the Turkmen-Turkish cooperation. In this regard, the necessary attention is paid to enhancing cooperation in the direction of legislative bodies, regular meetings and consultations. This allows creating a modern legal framework for cooperation.
The meeting was followed by a signing ceremony of bilateral documents.