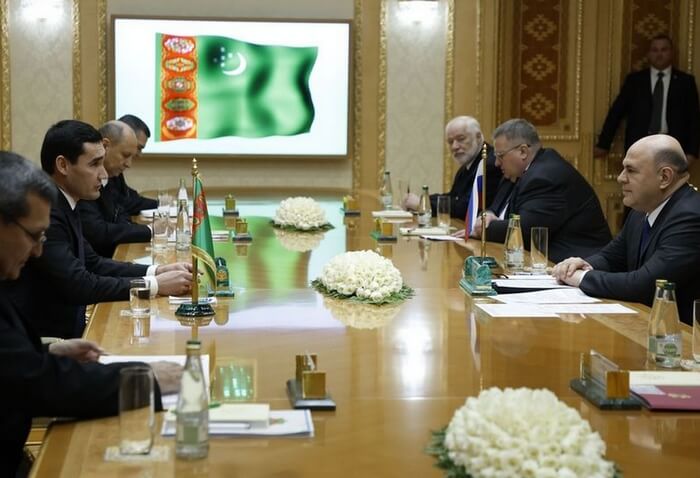 On January 20, as part of his official visit to Ashgabat, Russian Prime Minister Mikhail Mishustin met with Serdar Berdymukhamedov. This was reported by the TASS news agency.

At the beginning of the meeting M. Mishustin gave the president of Turkmenistan greetings and best wishes from Russian President Vladimir Putin.

In the course of the conversation, the sides discussed in detail the issues of the current agenda and identified priority areas for further development and strengthening of bilateral relations.

One of the most important tasks the Chairman of the Government called the strengthening of trade and economic relations with Turkmenistan. He stressed that the Russian authorities will look for opportunities to expand trade relations. Mishustin noted that more than 400 Russian entrepreneurs came to the business forum held in Turkmenistan on January 19-20 and were ready for constructive cooperation with Turkmen businessmen.