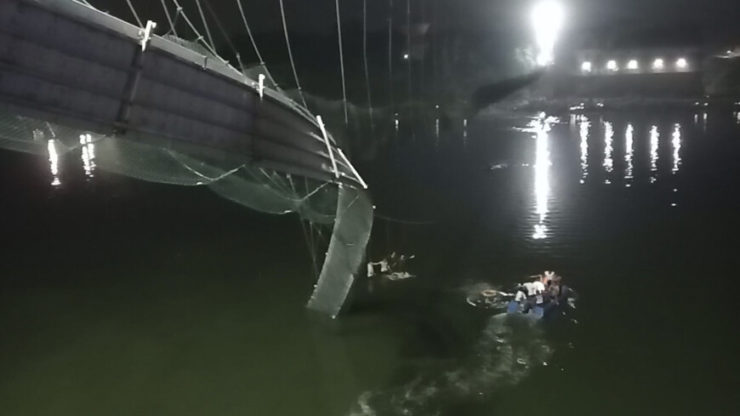 President Serdar Berdymukhamedov sent a telegram of condolence to Indian President Draupadi Murmu and Prime Minister Narendra Modi in connection with the tragedy in the state of Gujarat, where a bridge with people collapsed. This was reported by the Vatan news program.

"The head of state conveyed words of deep empathy and support at this difficult moment to the families, relatives and friends of the victims," the statement reads.

The president of Turkmenistan also wished a speedy recovery to all those who suffered in the tragedy.

Gurbanguly Berdymukhamedov, chairman of the upper house of parliament, also sent condolences to the Indian leadership.

The tragedy occurred in western India on the evening of October 30. At least 500 people were on the bridge when it collapsed. Many managed to get out on their own, but not all. Military special forces were involved in the rescue operation, but the search was complicated by the strong current and the dark time of day. At the moment, 130 people are known to have died, but it is not excluded that the number of victims may increase.