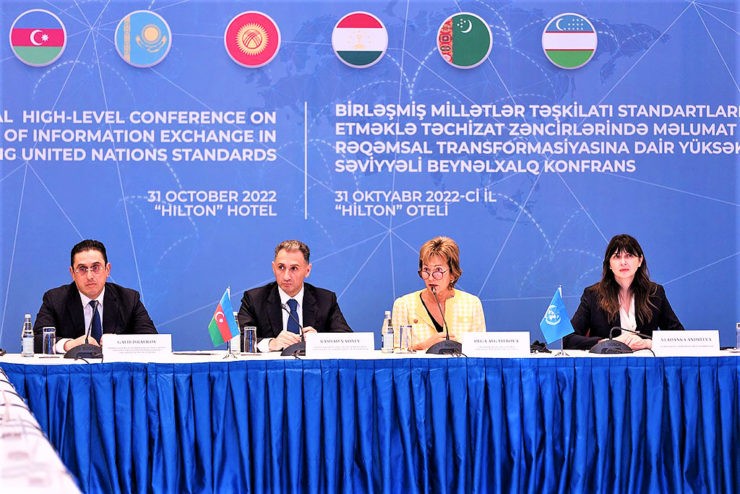 A conference of SPECA countries was held in Baku on Monday, which was devoted to the topic of digital transformations in supply chains using the UN international standards. The delegation of Turkmenistan headed by the general director of the Agency for Transport and Communications Mammothan Chakyev took part in the forum. In his speech he noted that Turkmenistan shares SPECA's vision of developing Asian market and cross-border supply chains. The agency's director general believes it is important to strengthen and unite the economies of Central Asia and Europe.

He spoke about the digitalization model of Turkmenistan's transport and communications sector, which harmoniously combines logistics, trade and technology. Together with UNDP, the country launched a "single window" project for imports and exports, which integrates customs with other agencies. Chakyyev also noted that Turkmenistan is developing an electronic document management system to simplify delivery procedures by all modes of transport.