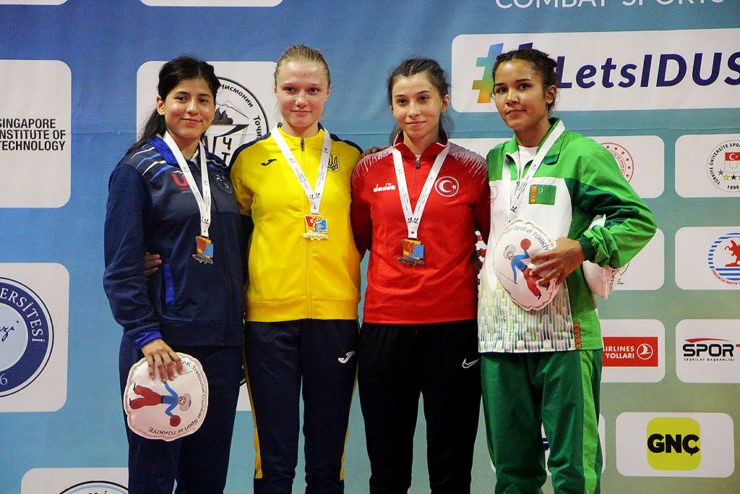 Sambo wrestling competitions under the auspices of FISU are held as part of the World Cup in martial arts among students. The large-scale sporting event is held in the city of Samsun in northern Turkey. At the moment, Turkmen wrestlers have seven top awards in their piggy bank.

Tyazegul Huddyeva, a fourth-year student of TGIFS, became the winner of the bronze medal. The girl won third place in the weight category of up to 54 kg. Also, a bronze medal was won in a fair fight by Bahtyar Bakhramov, second year student of Tashkent State University of Physical Culture and Sports. The young man performed in the category up to 79 kg.

Niyazmurat Babekov, a fifth-year student at the International University of Oil and Gas, brought second place and a silver medal to the national team. The athlete took silver in the weight category up to 64 kg.