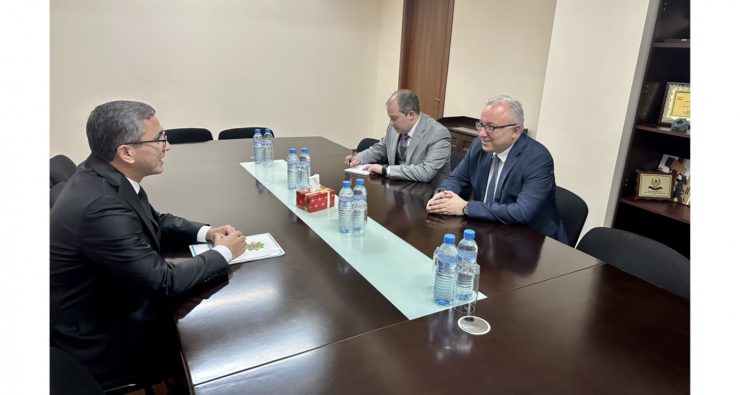 The subject of the meeting was to discuss a wide range of issues on strengthening the bilateral partnership in various spheres, as well as the interaction of the two states in the format of participation in international organizations.

Among the topical issues raised during the talks were the organization of Days of Culture of Armenia and Turkmenistan, holding celebrations on the occasion of the three hundredth anniversary of the birth of great thinker, poet and philosopher of the East Mahtumkuli Fraghi, and strengthening cooperation between the Diplomatic School of the Armenian Foreign Ministry and the Institute of International Relations of the Turkmen Foreign Ministry.