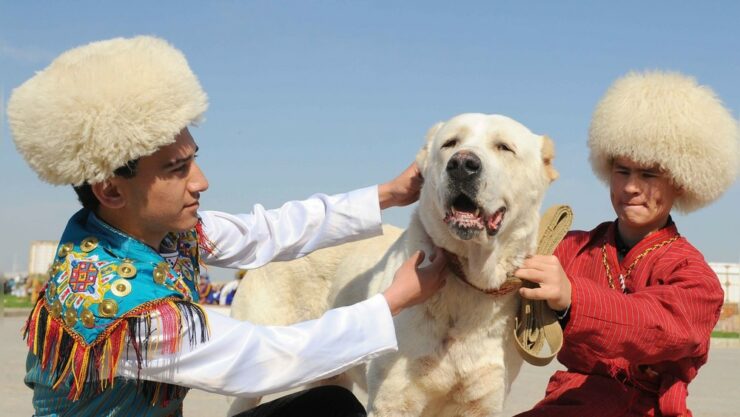 President of Turkmenistan Gurbanguly Berdymukhamedov was presented with a draft cultural program for 2022 during a regular government meeting. The report on the cultural events planned for the current year was read by deputy prime minister Myahridjemal Mammedova.

The project brought to the attention of the Turkmen leader includes many celebrations, expositions, competitions, conventions and online forums.

So, it is planned to hold an international scientific conference on January 26-28, as well as to organize an exhibition "Turkmen Land - the center of cultural values of universal importance". The Turkmen leader stressed that the planned forum is of great importance for the study and popularization of the national heritage. The President noted that the centuries-old traditions and customs of the ancestors of Turkmens should be actively developed, dressing them in modern forms.

The conference and exposition will be held in the building of the Chamber of Commerce and Industry of Turkmenistan, and the Ministry of Culture and the International Association "Turkmen Alabai" are responsible for their organization and holding. The participants of the forum will consider issues related to the components of the cultural heritage of Turkmenistan - Turkmen Alabai and hunting hound dog Tazy.

Another important event, the Cultural Week, is planned to be held in Mary velayat in the summer. The Golden Age of Turkmens contest will be summarized in its framework. The winners will be awarded the Turkmen leader's prize. The list of upcoming events also includes other creative competitions.

Following the hearing of the report, the head of state made a number of amendments to the draft. Gurbanguly Berdimuhamedov also noted that it is culture that is responsible for the ideological content of the large-scale reforms taking place in Turkmenistan.