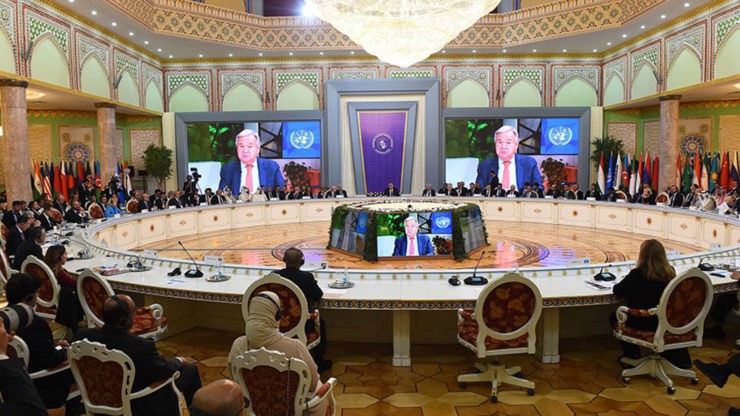 Turkmen Deputy Foreign Minister Vepa Khadzhiyev and his colleagues arrived in Dushanbe. The delegation took part in an international conference, the topic of which was cooperation in border security and border control to ensure the fight against terrorism.

The opening ceremony was attended by the president of Tajikistan, UN secretary general, head of the Counterterrorism Directorate Vladimir Voronkov, representatives of international organizations, and dignitaries from Central Asian countries.

Vepa Khadzhiev launched an initiative to improve coordination of actions to eliminate terrorist threats and proposed regular exchange of information and joint preventive actions. He noted the importance of adopting an updated Joint Plan to Counter Terrorism, which was first stated in the 2011 Ashgabat Declaration.