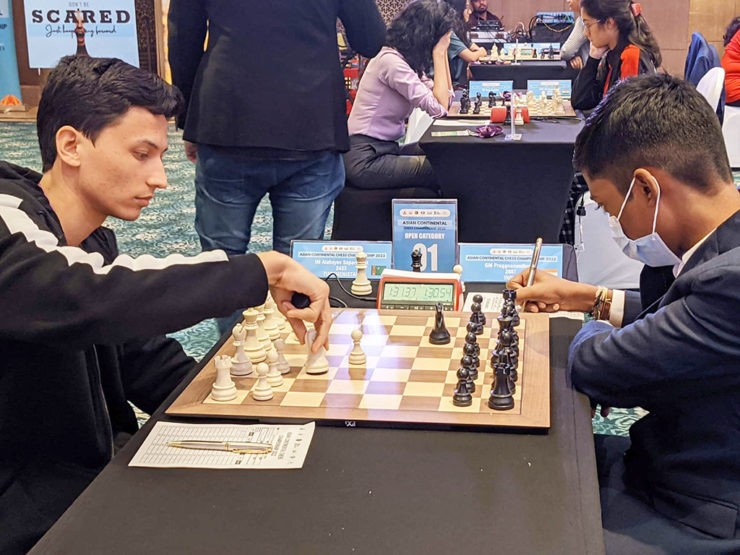 At the Asian Chess Championship Maksat Atabaev with the results of 2 games entered the group of leaders together with 10 rivals from India and Mongolia. His brother Saparmurat Atabaev played a draw with a young talent from India, Rameshbabu Pragnanandha. Later, he defeated Uzbekistan's Grandmaster Nodirbek Yakubboyev, winner of the World Chess Olympics 2022. As a result, the Turkmen athlete placed 12th in the standings. Other representatives of the national team got one point each.

The athletes of the women's section of Turkmenistan showed more modest results. Among them Khurma Velieva stood out, she scored one point. Jemal Ovezdurdiyeva has 0.5 points. Opponents from other countries are leading with 2 points each. These are the representatives of Team India, Vietnam and Kazakhstan.

The continental championship is attended by 142 strongest chess players from 13 Asian countries.