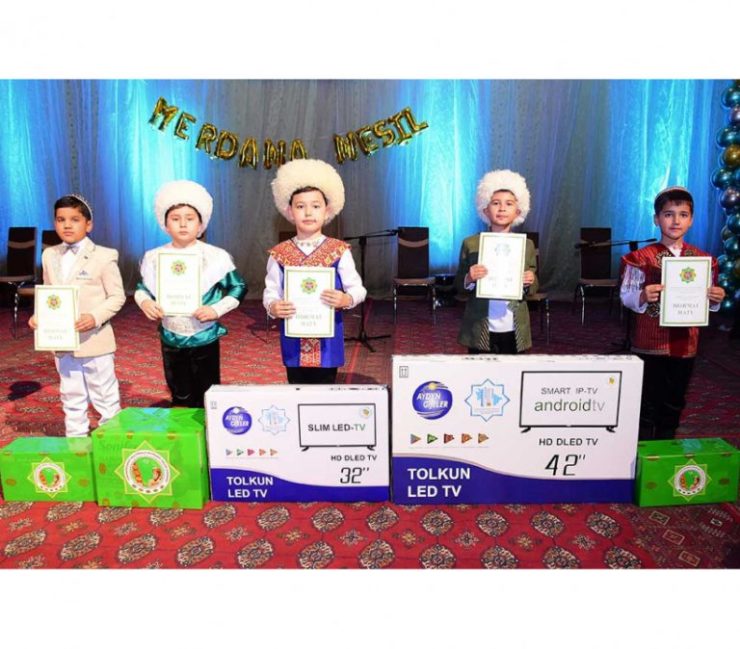 The Turkmenistan Cinema and Concert Center Ashgabat hosted the final round of the contest "Merdana Nesil - 2022" among boys studying in the 3rd-5th grades of secondary schools in the country.
The final stage of this competition, which was organized by the Central Council of Mahtumkuli Youth Organization of Turkmenistan jointly with the Ministry of Education of Turkmenistan on the occasion of the International Neutrality Day, was held with great enthusiasm. The boys who took 1st and 2nd place in the regional and Ashgabat city rounds took part in it.
The contest was held in three rounds. In the first round, participants had to express their love for their homeland in an artistic word. In the second round of the contest children retold a funny story. In the third round, the participants performed .
The main prize was won by Kakageldy Maksatgeldiev, a 4th grader from School 24 in Mary, Mary velayat.
Meylis Atamyradov, a 4th grade student of Secondary General Education School 25 in Dashoguz, Dashoguz velayat, took 1st place,
Dovletmyrat Dovletov, a third-grade student of specialized secondary school #141 of Ashgabat, was awarded second place.
The third place went to Bayramgeldy Orazglijov, a fourth grader from Secondary School No. 18 in Akdash, Turkmenbashi District, Balkan velayat, and Kemal Amangeldiev, a fourth grader from Secondary School No. 30 in Gekdepe, Akhal Velayat.
The winners were awarded certificates of merit and gifts.