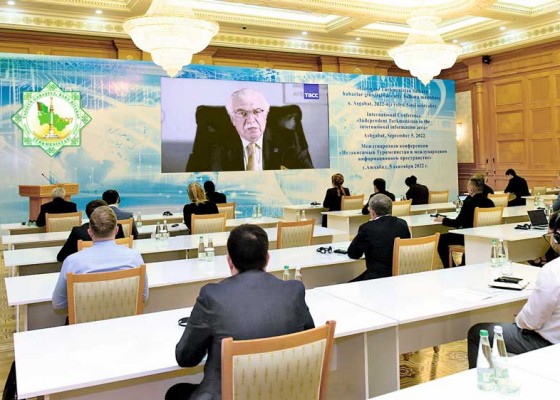 The media forum "Independent Turkmenistan in the International Information Space" was held at the Archabil hotel in the capital city.

The meeting, held in a hybrid format, was attended by representatives of Turkmen and foreign media, as well as teachers and students of universities in Ashgabat, the Neutral Turkmenistan newspaper reported today.

Speakers praised the level of use of digital technologies in the print and electronic media. In particular, it was emphasized that in accordance with its neutral foreign policy course Turkmenistan has established a regular exchange of news reports and analytical materials on political, economic, social and cultural life of the region and the world with foreign media.