A humanitarian cargo from Turkmenistan arrived in Pakistan 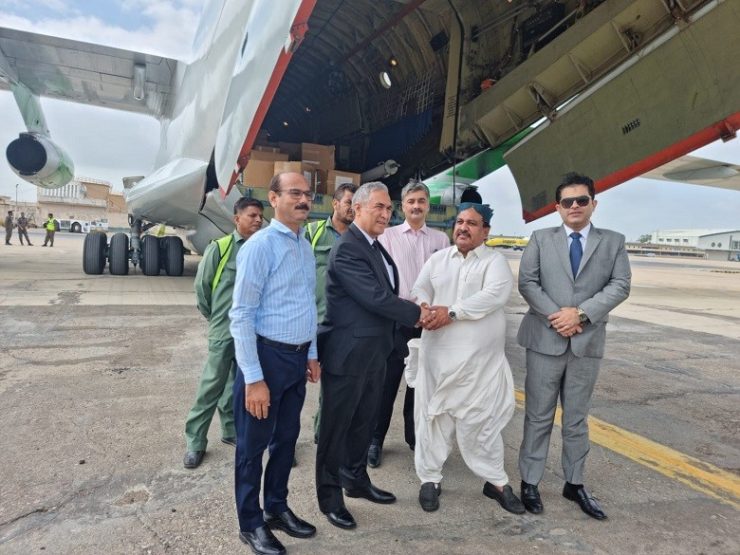 Pakistan has arrived. humanitarian cargo from Turkmenistan, which was sent against the backdrop of a natural disaster that caused numerous casualties and widespread destruction.

The IL-76 cargo airliner landed at the airport in Karachi, Sindh Province. It was received by Pakistani officials, foreign ministry officials and the media.

Floods in Pakistan were the result of monsoon rains in mid-June. About 1.3 thousand people became victims of the elements and more than 2 thousand were injured. Much of the country remains flooded, especially Balochistan, Khyber Pakhtunkhwa, and Sindh. At least 1.46 million homes were partially or completely damaged and more than 736,000 livestock were killed. Pakistani authorities said damage from the floods could amount to as much as $12.5 billion.