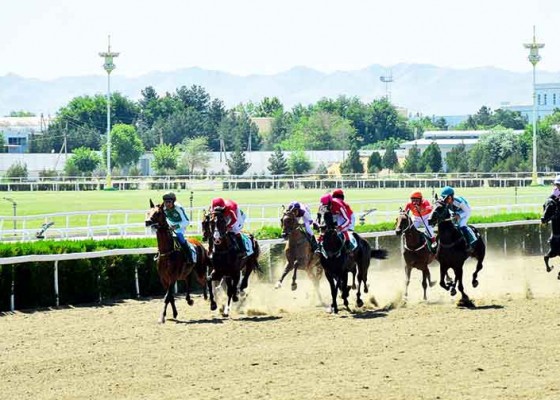 The opening of the autumn horse racing season, in which the best horses of the Akhalteke breed participate, was held in the hippodromes of Ashgabat, as well as the Balkan, Dashoguz, Lebap and Mary provinces last Saturday. This is reported in today's newspaper "Turkmenistan".

The center of the event was the Ashgabat equestrian complex, where 7 races for 1000 meters were held. More than 100 horses took part in them.

The races between the young riders were full of unforgettable moments. Riders who won first places in all seven races were solemnly presented with prizes.

Song and music performances, competitions in national games, demonstration performances of athletes and a thematic exhibition of paintings by artists of Turkmenistan were held in all equestrian complexes of the country in honor of the beginning of horse races.