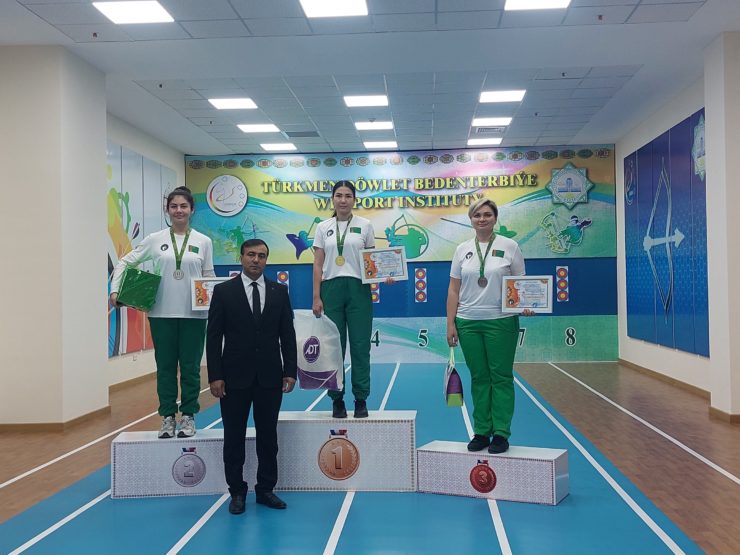 The open championship of the Turkmen State Institute of Physical Culture and Sports in archery was held today in Ashgabat. Awards were played in competitions on shooting from the Olympic classical archery and block archery from a distance of 18 meters.

In addition to students of the university on the firing line came the athletes of the school number 5.
The competition was held in two stages: qualification and the grid according to the Olympic system.
The first among women was Ogulsurai Kakyshova. Orajemal Meredova took second place, and Oksana Gataulina won bronze.

The championship was organized with the cooperation of the National Archery Federation of Turkmenistan under the chairmanship of Master of Sports Vepa Sahedov.