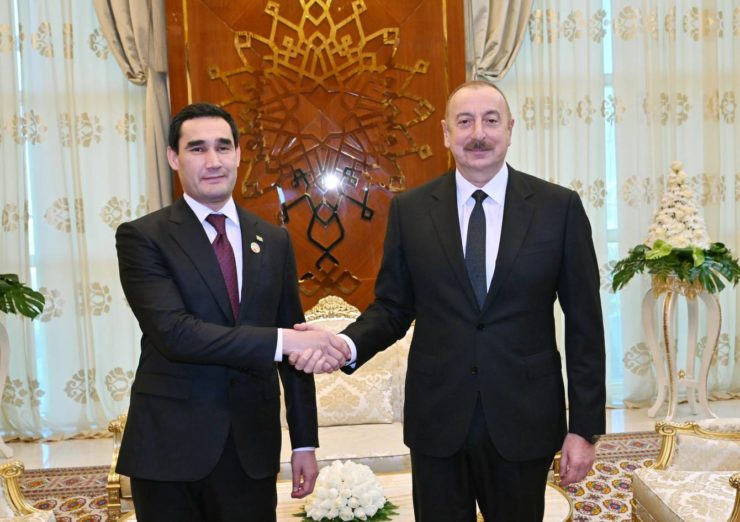 At the high-level meeting there was an exchange of views on the further development of mutually beneficial cooperation relations, which are constantly developing between the two countries and have been enriched by qualitatively new content in recent years, in several important areas.

During the meeting it was noted that the views of the two countries are close and similar on issues of international politics and inter-regional relations, in particular issues related to ensuring global peace, security, and achieving the goals of sustainable development.

The Turkmen and Azerbaijani peoples are united by a long history, traditional friendship, trust, mutual understanding, common culture and language. As a result of joint efforts in recent years, the relations between the two countries have been brought to a qualitatively new level, trade and economic, scientific and technical, cultural and humanitarian cooperation has been intensified. Heads of state expressed confidence in further development of fruitful cooperation.