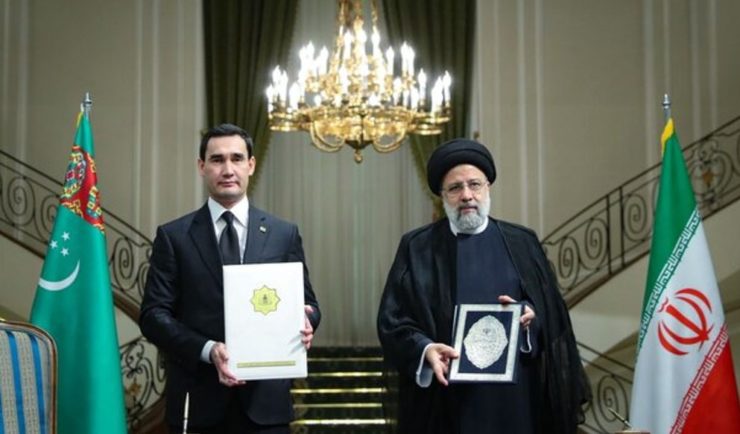 Serdar Berdymukhamedov and a delegation of Turkmen diplomats arrived in Tehran on the evening of June 14, and the next day, in the morning, an official meeting ceremony was held at the Saadabad palace complex.

The president of Turkmenistan met with his Iranian counterpart, Ibrahim Raisi, followed by talks between the two leaders, during which nine memorandums of understanding were signed in a variety of areas.

The cooperation will be conducted in trade and economic, scientific and technical and humanitarian areas. Memorandums have been signed between certain regions of the two countries, as well as between government institutions and organizations of Iran and Turkmenistan.