In Turkmenistan, the names of the winners of the photo contest "Agama. Among the peaks". 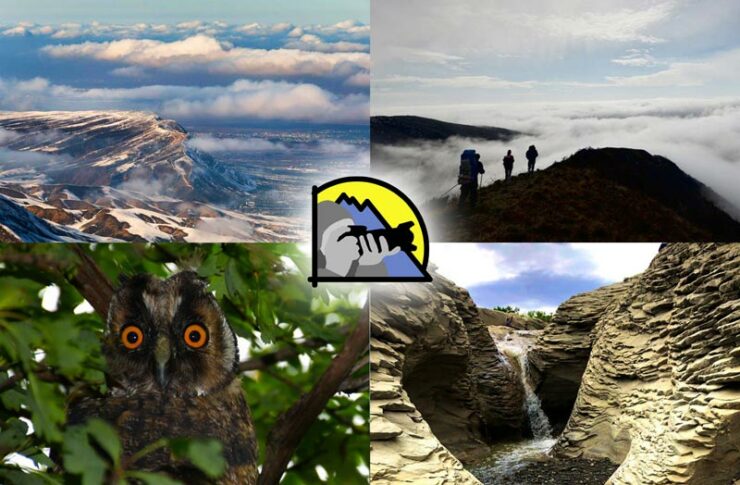 The names of the ten winners of the photo contest "Agama. Among the peaks. This is the fifth competition, organized by the Agama climbing club. Its goal is to introduce everyone to the mountains of Turkmenistan, to tell them about their beauty and remarkable places.

Competent jury, consisting of professional photographers and creators, whose works are somehow associated with the mountains, gave their assessment of the pictures of members of the alpclub "Agama" and other photographers. This year, the panel of judges included V. Komarov, L. Fomina, I. Lomov, A. Orazov and G. Huseynov.

The works were presented in three nominations. The natural beauty of the Turkmen mountains, amazing landscapes and landmarks, captured on the camera, were considered in the nomination "Our Mountains". Here, Kirill Snarev got both first and second places. The highest approval of the jury was given to a photo showing a view of the Path of Health. It was followed by a view of Dushak-Erekdag Mountain from the peak of its neighbor, Markou Mountain. The third place was taken by the sunset on the Goyi Pass. The author of this bright picture is Liliya Burieva.

The second nomination "We are in our mountains" was devoted to the interaction of man and mountains. Here you could see a group ascent to mountain peaks, crossing mountain slopes and much more. And again, gold and silver went to two pictures by the same author, Semyon Kuznetsov. The photo dedicated to the descent of the pilgrims' trail on Mount Khasar was considered the best in this category. The photo, which won second place, captured the ascent to Syunt mountain peak - neighboring with Khasar. "Alexei Buzin won bronze for his photograph titled "Guiding Alikper," adding it to his other awards from the past four competitions.

In the category "Life in our mountains," dedicated to mountain animals, first place went to an owl photo by Elena Kurbanova. Second place went to Svetlana Krupskaya, who photographed an insect landing on a flower. And the third place was awarded to Lilia Burieva for a photo of a baby mountain goat.

Among the 50 best works, viewers honored Larisa Aranbaeva's photo "Broken Heart" with the prize of their sympathies.

The triumphators of the fifth photo contest were awarded diplomas and commemorative prizes.