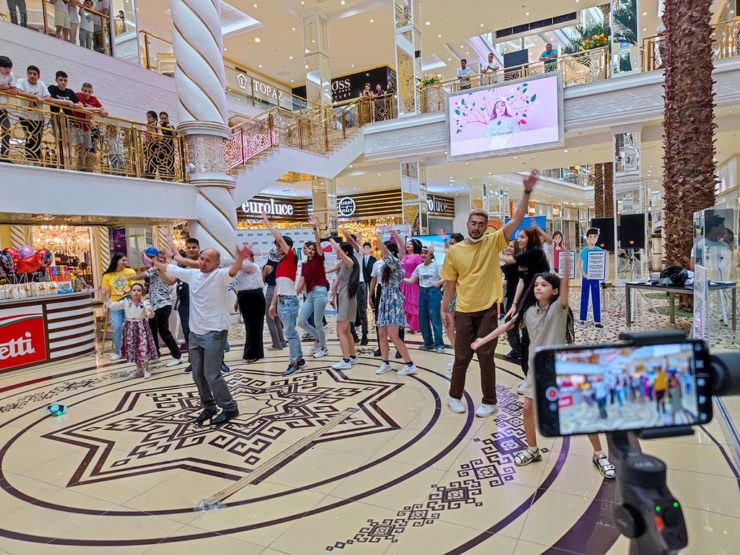 Each year the World Day Against Modern Slavery is observed on July 30. Human trafficking is a criminal activity that involves human abuse, psychological and physical violence. Unfortunately, it affects many nations.

The problem is not acute in Turkmenistan, but given its global nature, a series of events were held in the country on July 30 to draw attention to this difficult topic. The USAID-supported Safe Migration in Central Asia program held a themed event in the capital's Berkarar shopping mall.

The informational and educational event coincided with Friendship Day, which is also celebrated on July 30. The event was held in a warm, welcoming atmosphere. There was a lot of positive interaction between representatives of different generations.

As part of the action were educational quiz and dance flash mob for visitors to the mall, in a specially equipped area could make themed photo shoots.