A charity event to support Pakistan took place in Turkmenistan 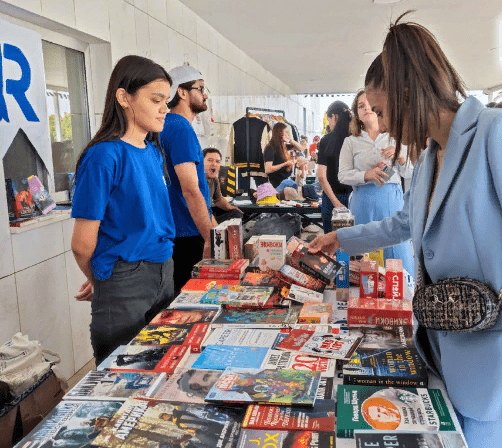 On September 25, a charity event was held in Ashgabat to raise money for the Fund for Victims of the Devastating Flood in Pakistan.

This year's abnormal monsoon rains have affected 15% of the country's population, which is 33 million people in Pakistan. Of these, 1,500 people were killed and more than 12,000 suffered injuries of varying severity. 541,000 people lost their homes and are now in temporary camps. More than 3.5 million children had their education interrupted. Catastrophic damage to agriculture in Pakistan was caused by the flood, destroying about 90% of crops.

The charity event at the International School in Ashgabat brought together many people who cared enough to come to express solidarity with the people of Pakistan and help as much as they could.

The event included a sale of national dishes, jewelry, books and other goods organized by the embassies of various countries in Turkmenistan. All proceeds went to the Pakistan Relief Fund.