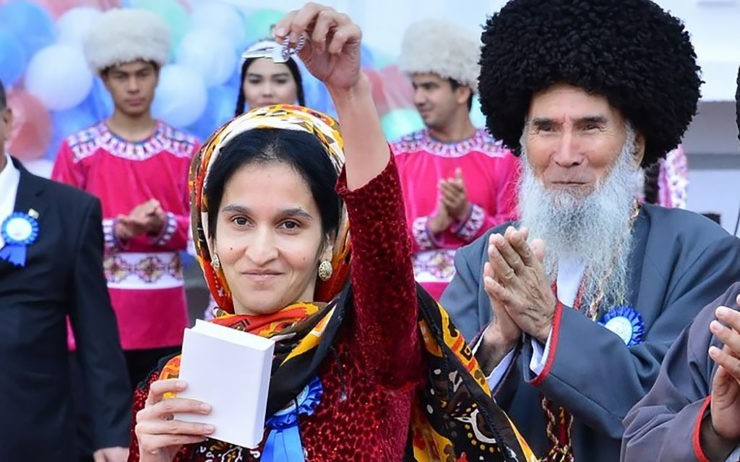 On Monday, October 10, the government of Turkmenistan held a meeting at which figures on the volumes of housing construction within the framework of the National Program on improvement of living conditions of rural residents were announced.

From the beginning of the calendar year to the end of September in the peripheral regions of the country was built and commissioned 416 thousand square meters of residential real estate. In parallel with the construction of comfortable housing, the necessary social infrastructure facilities that meet all modern requirements were built. For instance, since the beginning of the year, four hospitals, six schools and five kindergartens were built in rural areas of Turkmenistan.

Also in the rural areas of Turkmenistan for six months there were laid 180 km of utilities and a little less than 600 km of communication system.