School robots battle for the first time in Turkmenistan 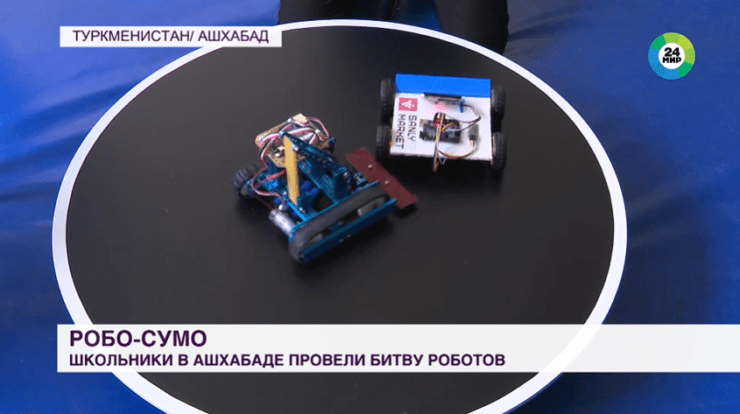 For the first time in Turkmenistan, school robots fought a battle - a school in Ashgabat hosted a show of young robotics. The first engineering battle was held in accordance with the rules of sumo, a martial art popular in Japan. Machines created by Turkmen schoolchildren acted as fighters.

In the ring, more attention was paid to evaluating the robot's tactics and mobility than to its size and weight. The young roboticists presented various types of machines - they designed, programmed and assembled them themselves. The students also developed their own fighting techniques.

For example, Allayar Chariyarov, a fifth-grader at Ashgabat's Special School No. 86, whose "transformer" won third place in the contest, said that he had been assembling it for a week. First he prepared all the necessary details and only then the code was written. Next year he intends to present an even more perfect robot to eventually get 1st place.

The students, who took part in Turkmenistan's first school robot battle, intend to become engineers in the future to create machines that will make human life much easier.

As noted by the organizers of the show, every year there is an increase in youth interest in robotics and other types of technical science. This, in particular, is evidenced by the fact that the number of participants in the robot battle, intending to compete for 9 prizes, was 90 people.