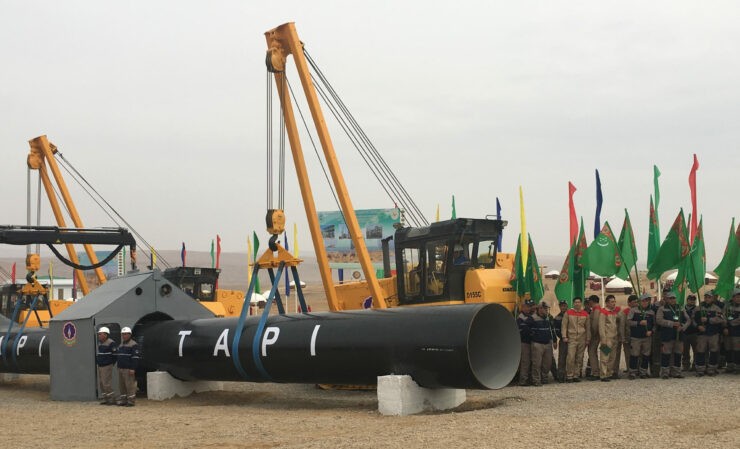 Turkmen President Gurbanguly Berdymukhamedov held a working meeting on the promotion of energy projects. The meeting was attended by deputy prime ministers in charge of the economy, the fuel and energy complex, and foreign policy.

Digitalization of the oil and gas sector and diversification of energy supplies were among the most important issues addressed during the meeting. The successful solution of these tasks will contribute to increasing Turkmenistan's economic opportunities. In this regard, Deputy Prime Ministers Berdymukhamedov and Abdrakhmanov received a number of instructions from the Turkmen leader.

In this context, the TAPI gas pipeline project was the focus of attention.

Deputy Prime Minister and Minister of Foreign Affairs R. Meredov was also given a number of instructions, the key of which were to intensify the negotiation process and strengthen dialogue with the states that consume and transit gas produced in Turkmenistan.

It should be noted that in the last period there has been an intensification of the Turkmen Foreign Ministry to develop large-scale interstate projects in the direction of the south and south-east.

For example, just these days, representatives of Turkmenistan are in Pakistan. They are holding talks with high-ranking officials and participating in meetings of joint Turkmenistan-Pakistan working groups to accelerate the implementation of two multi-billion dollar energy transportation projects - the TAPI gas pipeline and the TAP Transmission Line.

TAPI is a cross-border gas pipeline that will pass through the territory of several states - Turkmenistan, Afghanistan, Pakistan and India. Its length will be 1,840 km. It will be used to supply Turkmen "blue fuel", extracted from the Galkynysh field and its associated gas to the three above-mentioned countries. About 33 billion cubic meters of gas will be pumped annually.

TAP is a high-voltage power transmission line that will transport Turkmen electricity to Afghanistan and Pakistan. Its length is 500 km and capacity is 500 kV. It will annually supply about 4 thousand MW of electricity.

The Turkmen delegation, headed by deputy head of the Foreign Ministry V.Khadzhiev, met with representatives of Pakistan, headed by the head of the Ministry of Energy Hammad Azhar. The parties discussed issues concerning practical implementation of these projects and acceleration of work in this direction. They also noted Pakistan's growing demand for additional volumes of "blue fuel. It should be noted that the implementation of the TAPI and TAP projects will allow Pakistan to solve the problem of energy shortages, as well as give a significant impetus to the development of the economies of the countries participating in these projects.