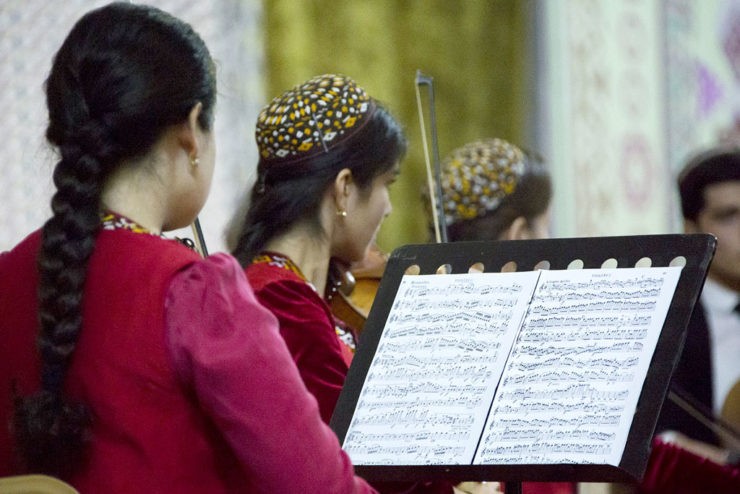 During the master class Elena analyzed the symphony of the famous Armenian composer Avet Terteryan, in which he used sonority technique. The freshness of techniques of modern classics in the composer's work was combined with national originality.

The master class also touched on the Tintinnabuli style of the Estonian composer Arvo Pärt. This style is characterized by laconic musical minimalism, which gives an idea of the aesthetics of the new simplicity.

The master class was held in an atmosphere of constructive dialogue. The student composers asked questions and showed fragments of their own compositions.