A delegation from St. Petersburg met with Rashid Meredov in Ashkhabad 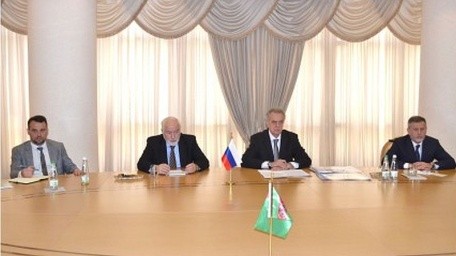 Foreign Minister Meredov spoke with politicians and entrepreneurs from Russia. Russian Ambassador Blokhin A.V. and Bukato I.V., head of Vozrozhdeniye Holding, arrived in the capital of Turkmenistan on Monday. The delegation was headed by Grigoriev E.D., an official in charge of foreign relations in St. Petersburg.

The Russian and Turkmen sides stressed the constructive nature of cooperation in strengthening the bilateral economic partnership between the two countries. The participation of Russian entrepreneurs in the construction of modern infrastructure was noted. One of the priority topics of the summit meeting was continuing the partnership in the sphere of culture and education.