The National Musical Drama Theater of Turkmenistan will tour Kazakhstan 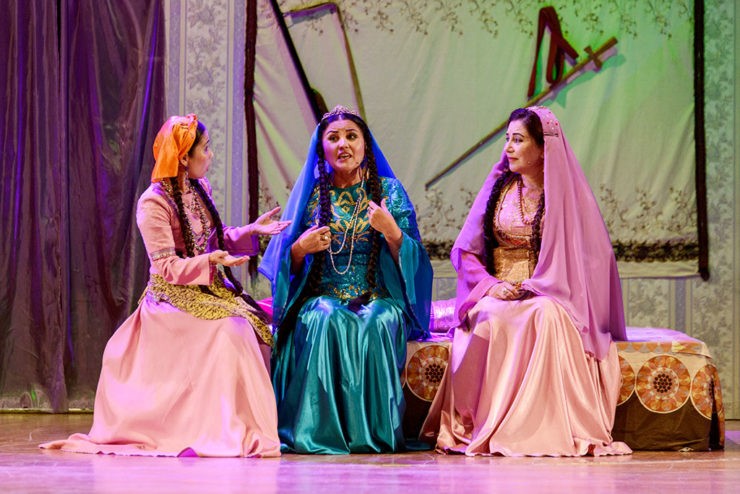 II International theatrical festival "Teatrall" will be held in Astana from October 22 till October 30. Turkmen troupe will take part in it with the performance "Arshin Mal Alan". This performance appeared in the theater's repertoire in 2009, and the spectators have been able to appreciate it. The performance was staged by director Aynazar Batyrov, based on the famous comedy by Uzeyir Hajibeyov, a classic of musical art of Azerbaijan. The musical runs to full houses in the Turkmen capital every theater season.

The work reflects the national color and invites the audience to plunge into the atmosphere of Baku at the beginning of the twentieth century. The plot centers on a young merchant who wants to see his bride before her wedding, but this goes against tradition.

Kazakh audiences will be able to see the comedy at the festival and enjoy the wonderful performance of the actors. The play features: Kuvvat Charyev (as Asker - Arshin mal alan), Aisoltan Kovusova (Jahan), Nury Hudaykuliev (Suleiman), Gulshirin Annamuradova (as Gulchehre) and others.