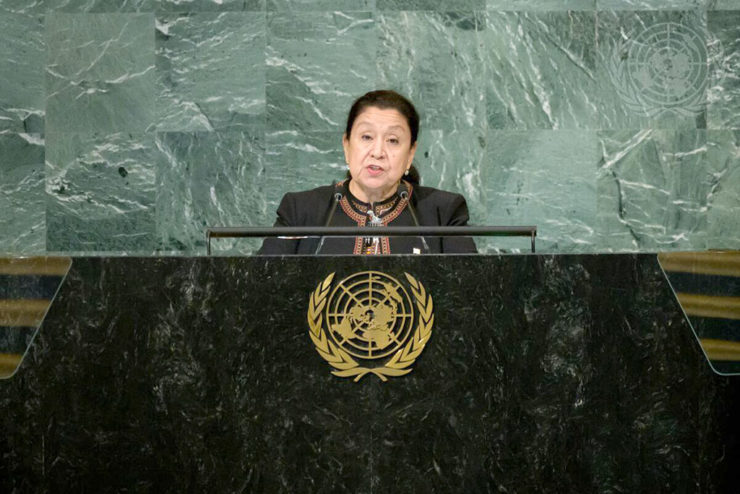 Aksoltan Ataeva, Turkmenistan's permanent representative to the United Nations, spoke at the 77th session of the General Assembly last Monday. She called on countries to resolve conflicts and disagreements peacefully, calling dialogue the only acceptable way for interstate interaction.

Ataeva noted that there are currently many obstacles that complicate the preservation of global security and the development of multilateral cooperation. Naming these obstacles, Aksoltan Ataeva stressed the importance of strengthening existing platforms for constructive dialogue between states.

The Permanent Representative also expressed concern about threats to global food security and reported Turkmenistan's readiness to host an international forum on its preservation.