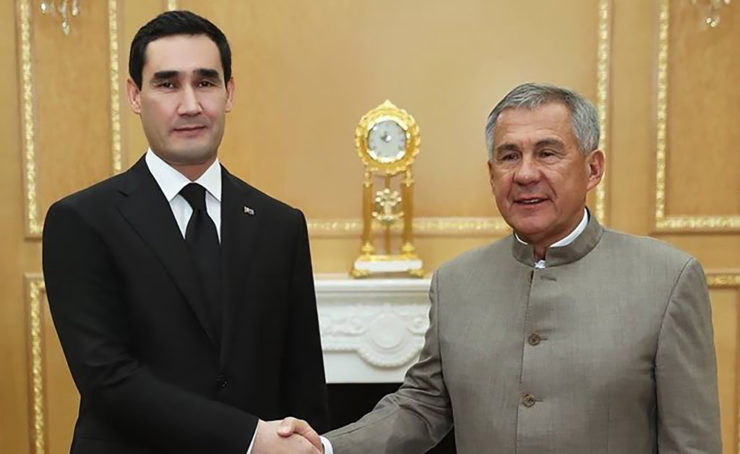 Rustam Minnikhanov flew to Ashgabat for a working meeting with Serdar Berdymukhamedov. The head of Tatarstan congratulated the president on the Independence Day of the country and noted the successes in the socio-economic development of Turkmenistan. He also expressed gratitude for the support and special attention to bilateral partnership issues.

The head of Tatarstan positively assessed the successful economic cooperation between Kazan and Ashgabat, which was reflected in the increase in trade turnover to 77.5 million dollars.

In the course of the conversation, the parties touched upon the expansion of bilateral trade. They noted the prospects of increasing foreign economic transactions in such areas as shipbuilding, oil production, chemical industry, automotive industry, etc.