The President of Turkmenistan visited the New Year "trees" 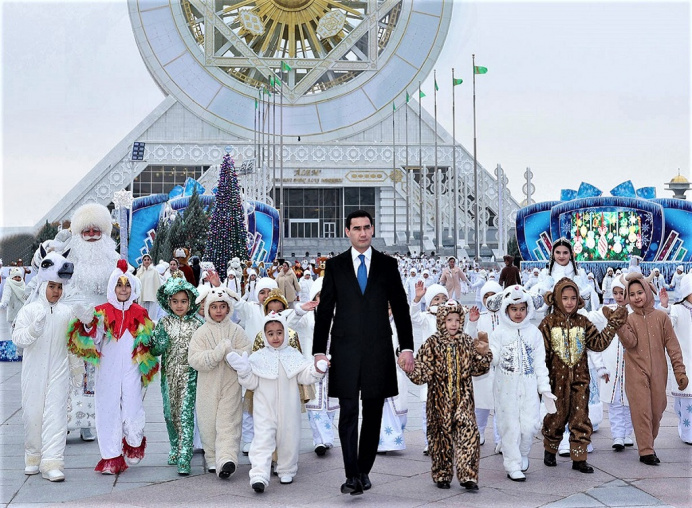 On Friday, Serdar Berdymukhamedov attended a New Year's performance near the main Christmas tree of the country, set up at the Alem Cultural Center. The appearance of the president at the celebration was a great surprise for children and their parents.

The president was photographed with the children and went to another New Year "tree" at the Chamber of Commerce and Industry of Turkmenistan.

Members of the government, ambassadors of other states, and diplomats gathered there. Like the head of state, many came with their families. In addition to professional artists, children's ensembles, young artists with original numbers and vocalists, including children of Serdar Berdymukhamedov, as well as foreign diplomats, performed on stage.