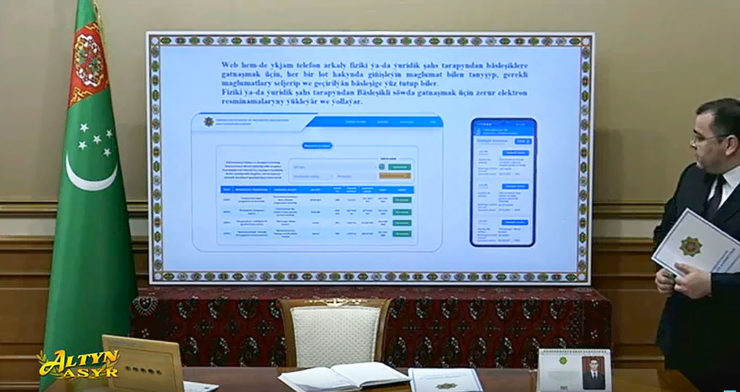 The Government of Turkmenistan held a meeting on Friday to consider topical issues of global digitalization of the management system of all processes of society.

Serdar Berdymukhamedov reviewed the reports of the deputy prime ministers, which were transmitted via video link. After accepting the reports, the president gave them a constructive assessment.

Work on digitalization is carried out in accordance with the plan for 21-25 years, which identified three areas - the formation of a legislative framework, ensuring a sufficient level of cybersecurity, the expansion of the digital space.

The deputy prime ministers informed the president each about his sphere of state life in connection with the introduction of digital technology.