Trade between Turkmenistan and Kazakhstan continues to grow 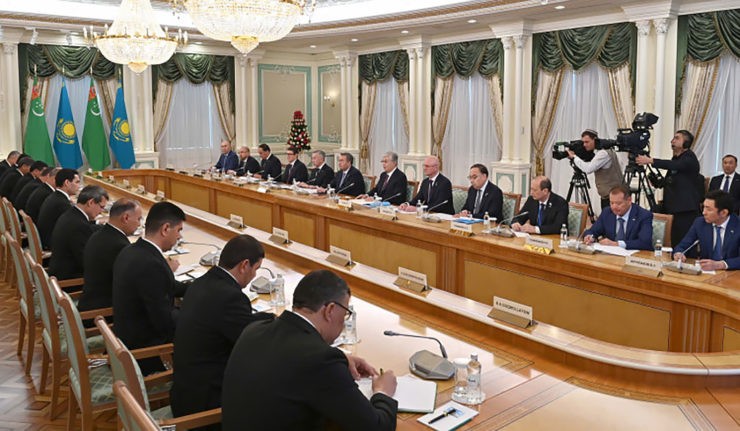 During the talks at the highest level, Kazakhstan's leader Kassym-Jomart Tokayev reported on the strengthening of Kazakh-Turkmen relations, which manifested itself in the form of a two-fold increase in trade between the countries. The president noted the mutual desire for rapprochement of the fraternal nations.

During the meeting the results of last year were summed up, it was noted an increase in trade turnover by two times - the amount of trade turnover between the two countries amounted to 250 million dollars. Heads of State emphasize that the growth rate will remain in the current year.

This was the first visit of Turkmen President Serdar Berdymukhamedov to Kazakhstan, during which narrow and extended talks took place.