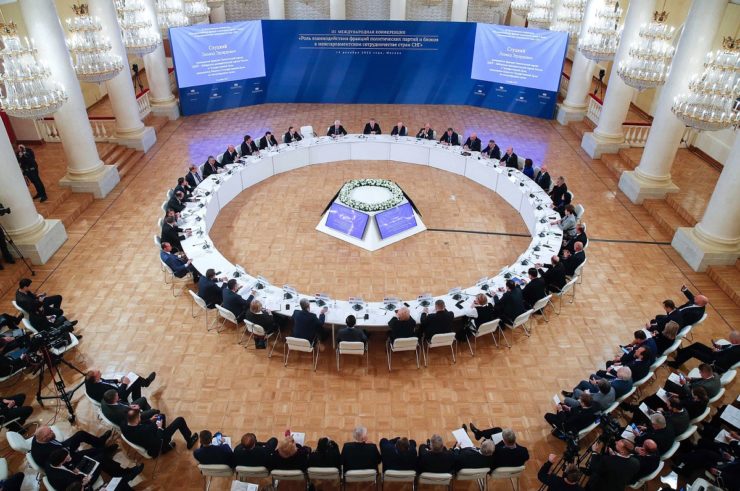 The third international conference, the topic of which was the interaction of factions of parties and blocs in the inter-parliamentary cooperation of the Commonwealth of Independent States, was held in the Russian capital on Wednesday, December 14.

Delegates are negotiating the role of party and bloc faction interaction in inter-parliamentary cooperation, as well as making this conference format a regular occurrence.

The first two meetings with parliamentarians from member countries of the Commonwealth of Independent States took place earlier in the State Duma in 2018 and 2019.