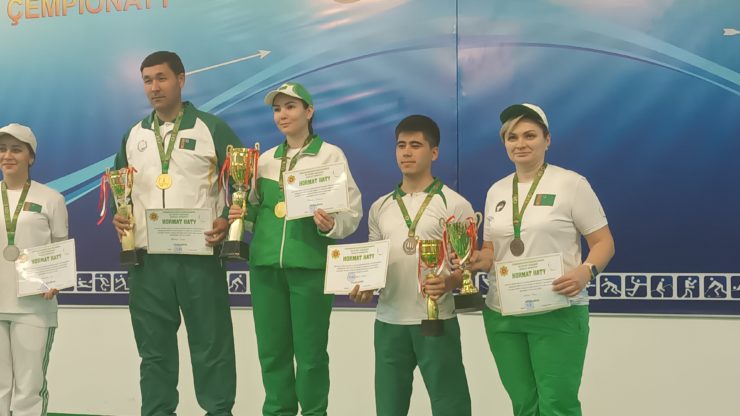 In a solemn atmosphere on the eve in Ashgabat there was an awarding ceremony for the winners of the archery competition. For two days archers fought for the Cup of Turkmenistan.
About 30 athletes from five velayats and Ashgabat, who were the best in the preliminary stages, participated in the competition.
There were 11 sets of medals drawn between the participants in individual and team competitions, in women's and men's events.
The capital's athletes won the most medals, with archers from Dashoguz velayat in second place and archers from Maryiskiy velayat in third.