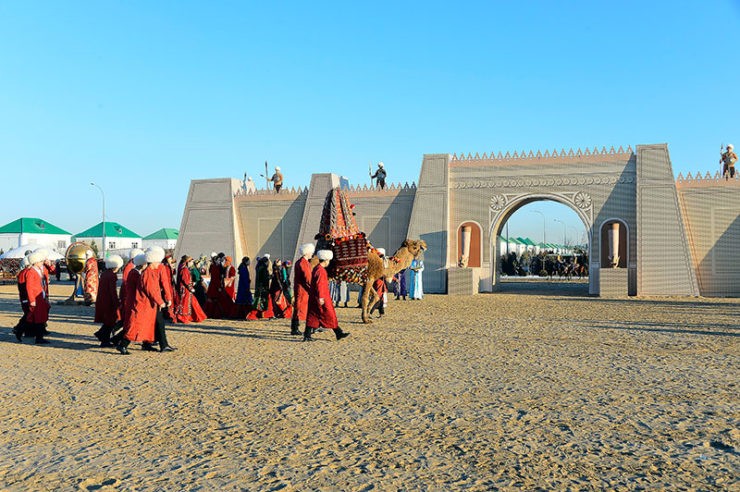 On January 25, 2023, the opening ceremony of the next stage of the residential complex named after Myalikguly Berdymukhamedov was held. The complex for employees of the Ministry of Internal Affairs and their families is located in the Choganly residential area. Accompanied by universal applause, the happy new settlers received the keys to the new comfortable housing at the opening ceremony. This is reported by the state news agency "Turkmenistan Today".

Honorary elders, heads and officers of law enforcement agencies, members of the public and the media gathered at the site of the ceremony. The program of the ceremony was very rich.