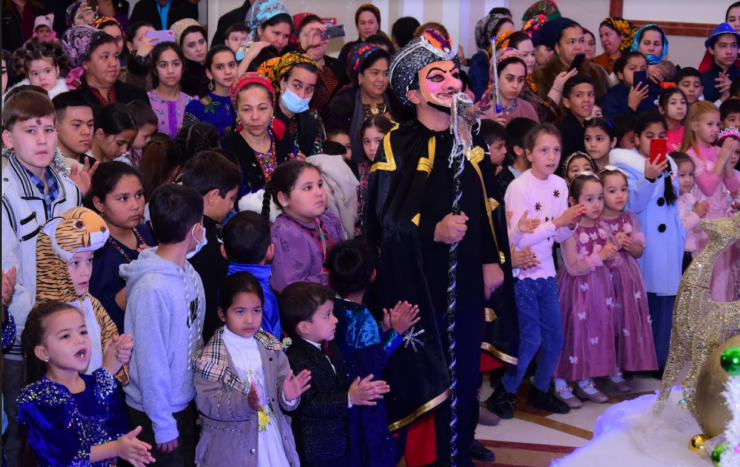 Children with disabilities and orphans raised in special schools in Ashgabat attended a New Year's performance of the State Puppet Theater of Turkmenistan. The festival was organized for them by the Children's Fund of Turkmenistan under the Central Council of the Mahtumkuli Youth Organization.

The children were introduced to the play "Masha and the Bear.

At the end of the matinee, Santa Claus gave the children New Year presents.

"Giving the atmosphere of magic to someone who needs it most is very valuable. You can do a lot together," said Aylar Urazsakhatova, the head of the Foundation.

The Children's Fund also held a charity Christmas tree for deaf and hard of hearing children, children with cerebral palsy and blood diseases.