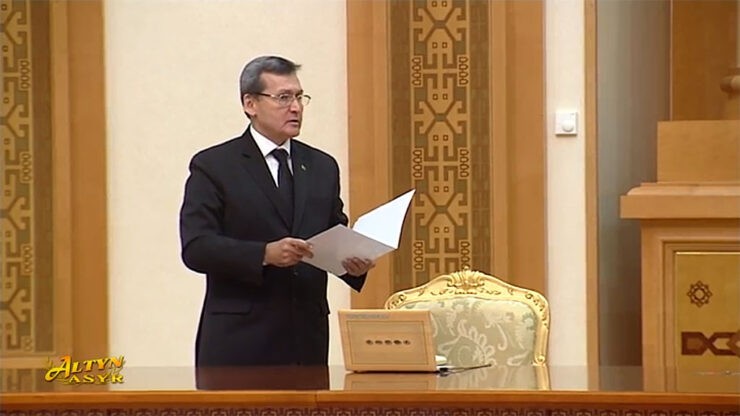 The Ministry of Foreign Affairs of Turkmenistan is developing a new Foreign Policy Concept. This was announced by the head of the ministry, Vice Prime Minister Rashid Meredov, during his speech at a government meeting. The meeting was also attended by members of the State Security Council of the country.

According to Meredov, today the Ministry of Foreign Affairs, Turkmen consulates and embassies are based on the Concept of State Foreign Policy for the period up to 2023. He made a proposal to begin work on a new Concept of foreign policy of Turkmenistan as a neutral state. The document will be created with an eye to The country's socioeconomic development program for the next three decades, which was adopted by the during an extraordinary congress of representatives of the Khalk Maslakhaty.

Gurbanguly Berdymukhamedov supported Meredov. The President issued a decree ordering the Foreign Minister to prepare recommendations on the Concept of State Foreign Policy for 2023-2030 by June 1, 2022. On the basis of this document, a working group was formed, the purpose of which is to develop the aforementioned Concept.

Training of personnel for Turkmenistan's diplomatic corps is provided by the Foreign Ministry's Institute of International Relations, established by presidential decree in March 2008.