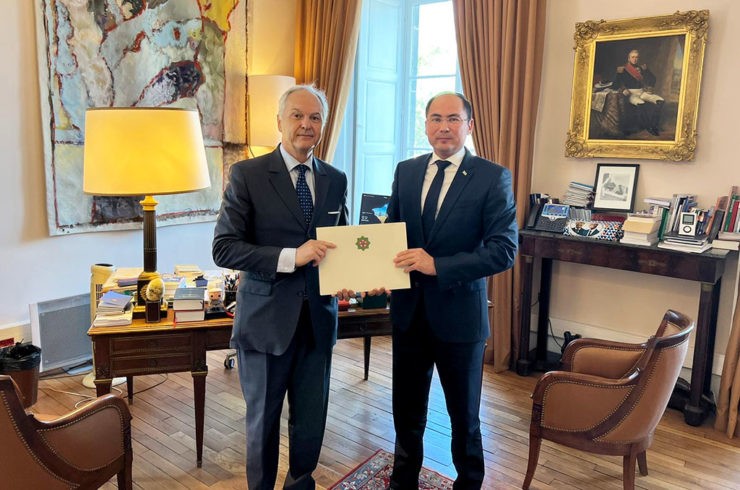 Maksat Chariev, the new Turkmen ambassador in Paris, met with Philippe Frank, director of the State Protocol. Copies of credentials were presented.

The head of the State Protocol congratulated the Turkmen diplomat on the beginning of his work in the responsible position and wished him success in this field. He also emphasized that the State Protocol Service is ready to provide all possible assistance to the initiatives of the Turkmen side, which will strengthen the diplomatic partnership between the two countries.

Maksat Chariev thanked Frank for good wishes and assured the head of the State Protocol that he would do his best to intensify French-Turkmen bilateral cooperation.