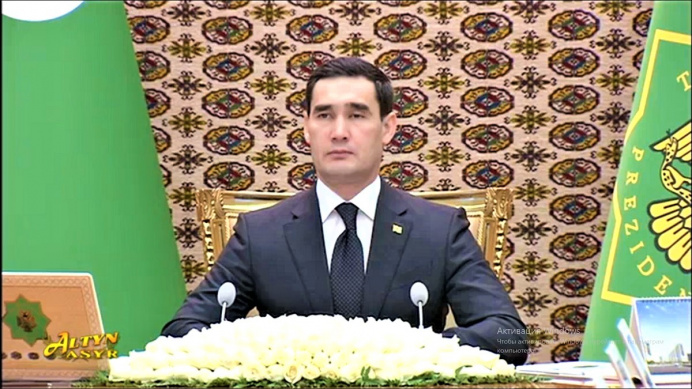 On Thursday, December 29, there was a pre-New Year's meeting of the Cabinet of Ministers and the State Security Council of Turkmenistan, which summed up the development of the country throughout 2022. The participants of the meeting were the Mayor of Ashgabat and regional leaders.

Serdar Berdymukhamedov emphasized the importance of adopting a foreign policy concept of Turkmenistan for 2022-2028, which will further confirm the permanent neutral status of the country, peace and security in the region.

The president of Turkmenistan noted the expansion of the country's cooperation in the international arena, which was conducted in the cultural and humanitarian and trade and economic spheres.

He reported that in 2022, salaries, pension payments and student scholarships increased by 10%. New residential complexes and social infrastructure facilities were commissioned in different velayats.