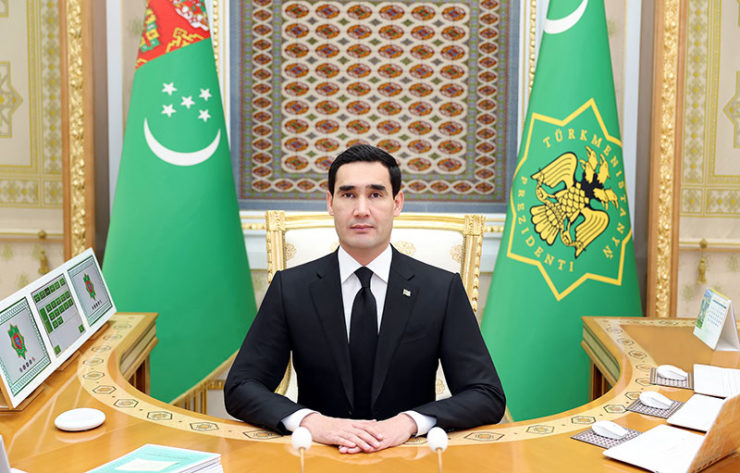 President Serdar Berdymukhamedov held an expanded meeting of the Cabinet of Ministers on Friday at which the results of the work of industries for 11 months of this year were summed up, the State news agency Turkmenistan: Today reports.
The agenda also includes urgent tasks of socio-economic development of the country and a number of other issues.
The reports stated that the national economy continued to grow strongly, despite the difficult situation in the world economy, and the inadequate level of work in some sectors.
As noted, the volume of production increased in almost all segments of the national economy during the reporting period. In accordance with the adopted programs, the share of the private sector in the economy is growing. Within the limits of the designated targets, funds were transferred to the State Budget and, in accordance with the established procedure, salaries, pensions and state benefits were paid.
At the same time, numerous industrial and social facilities were commissioned.
As a result of the measures taken to increase export-oriented products, the volume of exports of various goods has increased by about 50 percent compared to last year. Given this fact, we should continue to work to increase exports through the production of import-substituting products and the production of new types of products, the head of Turkmenistan ordered.
Summarizing the results of the meeting, President Serdar Berdymukhamedov said that, in general, the country has achieved positive results for the first 11 months of this year, but despite this, we must continue to work diligently and effectively to dynamically develop the economy.