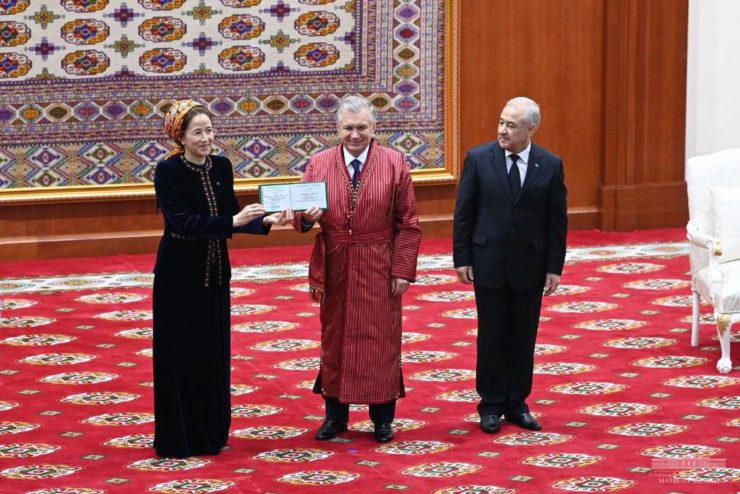 Within the framework of his official visit, President of the Republic of Uzbekistan Shavkat Mirziyoyev visited today the Makhtumkuli Turkmen State University, where the leader of the friendly country was awarded the title of Honorary Professor of this university.

In the lobby, President Shavkat Mirziyoyev viewed an exhibition organized by Turkmenistan's higher educational institutions. The exhibition describes the main directions of positive transformations taking place in the system of science and education of the country.
Then the decision of the Higher Attestation Commission of Turkmenistan on awarding President of the Republic of Uzbekistan Shavkat Mirziyoyev the title "Honorary Professor of the Turkmen State University named after Makhtumkuli" was announced. The academic degree has been conferred for personal merits and great contribution to strengthening and expanding effective interstate cooperation. Mirziyoyev expressed his sincere gratitude for awarding him such an honorary title.
The President of Uzbekistan emphasized that education and upbringing have always, since ancient times, been the cornerstone of development, a force that augments the power of nations and peoples.