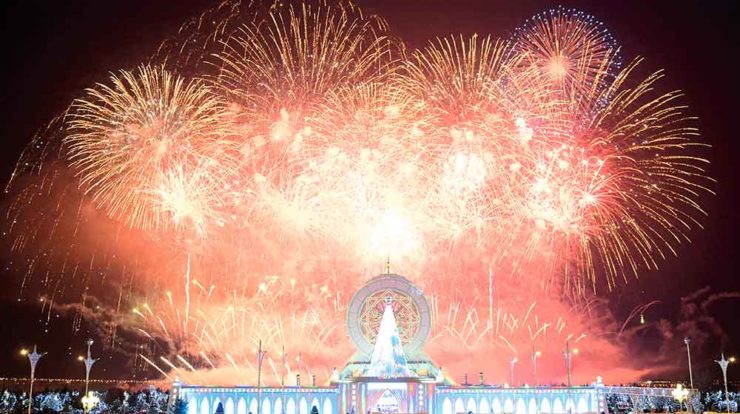 The Turkmen people greeted the New Year with solemnity and enthusiasm. In large and small settlements of the country songs were sung, dancing ensembles, vocal and instrumental groups and comedians performed.

Folklore and pop singers also performed in cultural and entertainment centers, squares and parks of brightly decorated Ashgabat. In the square in front of the State Circus and in the "Ylham" park in Ashgabat, young singers, who are just beginning their way to the big stage but are already winners of prestigious art contests, gave a concert.

The main events of the New Year's Eve were held in front of the Alem Cultural and Entertainment Center. A special good atmosphere of New Year magic was created here, with the main Christmas tree of the country, merry songs and dances on the background of Kopetdag peaks and white stone towers, and ringing voices of residents and guests of Turkmenistan being integral parts of it.

A large monitor was set up next to the concert stage to broadcast the landmark events of the country in 2022. A teleconference bridge was also organized, through which all five provinces were able to join Ashgabat.