Friendship between Russia and Turkmenistan is the basis of significant achievements 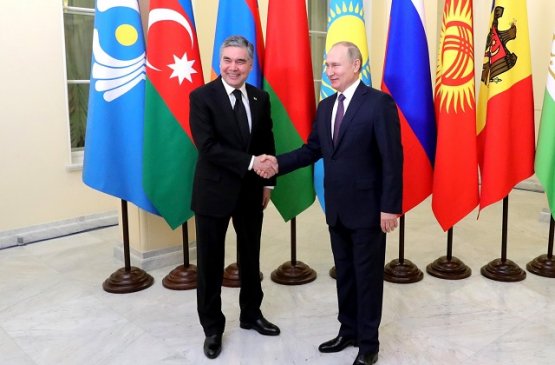 Russia and Turkmenistan continue to expand and deepen multilevel ties. On the steps of both states in this direction at the end of 2021 Yuri Aronsky, an expert at CentralAsia.news. At the same time, the analyst emphasized that the heads of the two friendly countries base their policy on the comprehensive care of their fellow citizens.

In the first summer days, 3-4 June 2021, the Turkmen delegates made a working trip to St. Petersburg. There they participated in the XXIV St. Petersburg International Economic Forum.

The systematic contacts between the leaders of Turkmenistan and the Russian Federation should be noted separately. Last year, there were several telephone conversations and personal meetings. For example, Presidents Berdimuhamedov and Putin talked by telephone on June 29. During the conversation, the Russian leader sent his Turkmen counterpart warm and heartfelt congratulations on his birthday. The Russian President wished Gurbanguly Berdimuhamedov good health, prosperity and further great achievements in the multifaceted activities of his presidency. On the same day, Valentina Matvienko, Chairman of the Russian Federation Council of Federation Council, congratulated the Turkmen leader.

The key vectors of expanding the dialogue between the parliaments of the two powers were discussed during the telephone conversation that took place on October 18 between the head of the Mejlis of the National Parliament of Turkmenistan, Gulshat Mammedova, and the head of the Council of Federation of the Federal Assembly of the Russian Federation, Valentina Matvienko.

The VIII Turkmen-Russian Economic Forum was held on October 20 of the same year in the videoconference mode. The purpose of the forum was to consider common investment projects and production plans, strengthening and launching partnerships in the production of construction materials, textiles and other industrial products, in the agricultural complex, in areas such as tourism, logistics and IT.

Strengthening of trade and economic partnership is not the last place in the mutual relations. The effective work of the Intergovernmental Commission, composed of representatives of the two friendly states, helps this tangibly.

The modern Turkmen market is characterized by great prospects. Recently, it has also become more and more attractive in terms of investment, thanks to the formation of a favorable investment climate and a reliable legislative framework. Therefore, it is natural that it started to interest Russian investors as well. The proof of this is the multitude of organized cross-sectoral conferences and meetings at the level of ministries and departments held online.

The Turkmen leader gave an especially full and vivid picture of the dynamics of expanding Russian-Turkmen relations in an exclusive interview with TASS First Deputy Director General Mikhail Gusman. The President of the country answered a number of questions touching on the nuances of the multifaceted relations between the two friendly states.