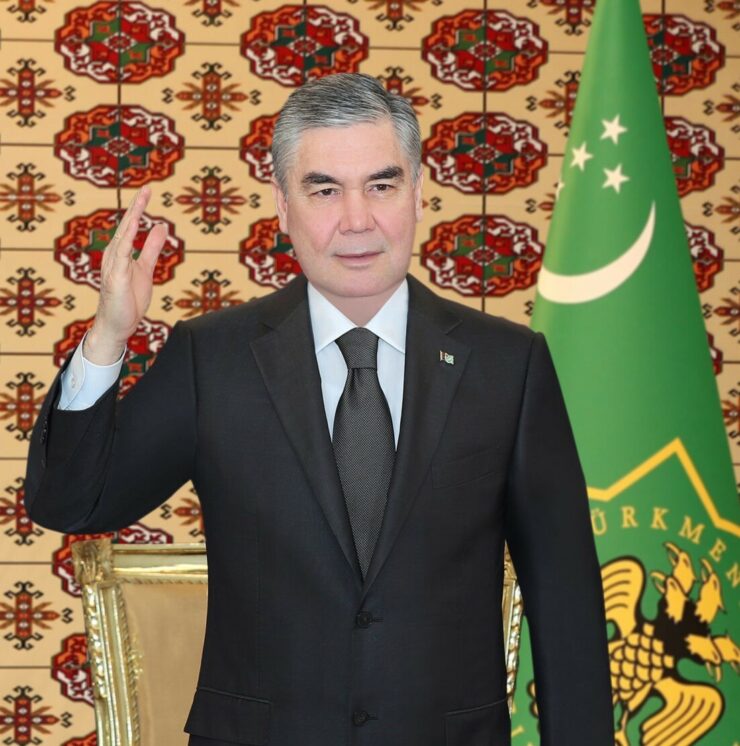 Turkmen President Gurbanguly Berdymukhamedov decorated officers and participated in the groundbreaking ceremony for a military school. The ceremony was held at the Central Officers' House of the Ministry of Defense of Turkmenistan. The event was timed to the Defender of the Fatherland Day. During the event some of the security and law enforcement officers received new military ranks as well as awards for their activities.

The Commander-in-Chief of the Armed Forces of Turkmenistan, President Gurbanguly Berdymukhamedov began his speech with congratulatory words addressed to the security forces. The Turkmen leader said that the work on the new ensemble of the military educational institution had started. He also commissioned a house, in which workers of the military law-enforcement agencies celebrated the housewarming. These steps once again demonstrate that the state takes care of those who protect the legal regime ensuring peaceful and prosperous life of all Turkmenistani citizens.

On the occasion of Defenders of the Fatherland Day, the President signed decrees, in accordance with which career officers not only received state awards, but were also promoted in their ranks. Deputy Prime Minister, Secretary of the State Security Council Chary Amanov familiarized those present with the content of the documents. Then the awarding ceremony took place.

When the assembly ended, Turkmen leader Gurbanguly Berdymukhamedov took part in the groundbreaking ceremony of the military special school named after Berdymukhamed Annayev in the Ministry of Defense of Turkmenistan. Berdymukhamed Annayev Military Special School, subordinate to the Ministry of Defense of Turkmenistan. The President traditionally put a capsule with an address to his descendants in the foundation and threw the first shovel of concrete mortar.

There, the Supreme Commander of the Armed Forces was familiarized with architectural models of the complex and told in detail about its facilities. Having studied the presented materials, the head of the country recommended using innovative methods of education process in equipping the educational institution.

Defender of the Fatherland Day