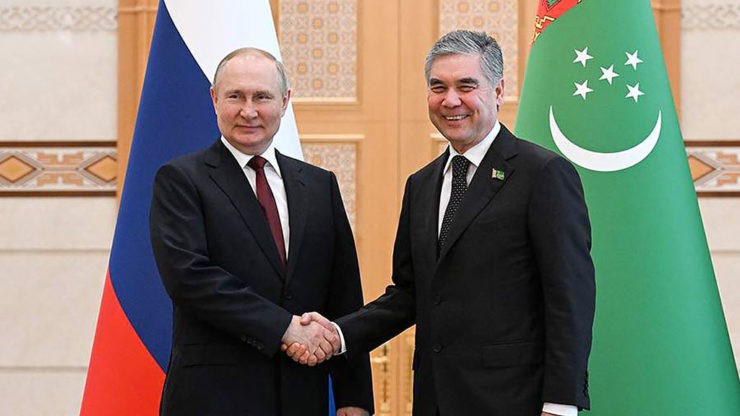 On Thursday, November 3, in Moscow, Vladimir Putin presented Gurbanguly Berdymukhamedov, the Chairman of the Khalk Maslakhaty Milli Gengesh of Turkmenistan, with the Order "For Services to the Fatherland" IV degree. The official awarding ceremony took place in the Kremlin.

The award was given to Gurbanguly Berdymukhamedov for his significant contribution to the strategic partnership between the two countries. After the solemn event, the Chairman and the Head of the Russian Federation met in a business format to continue constructive dialogue.

During the meeting, the leaders discussed major issues related to the strengthening of bilateral partnership. As the press secretary of the Russian side stressed, the interaction between the two countries will bring diplomatic relations between Russia and Turkmenistan to a new level.