Matviyenko said Russia is interested in developing cooperation with Turkmenistan 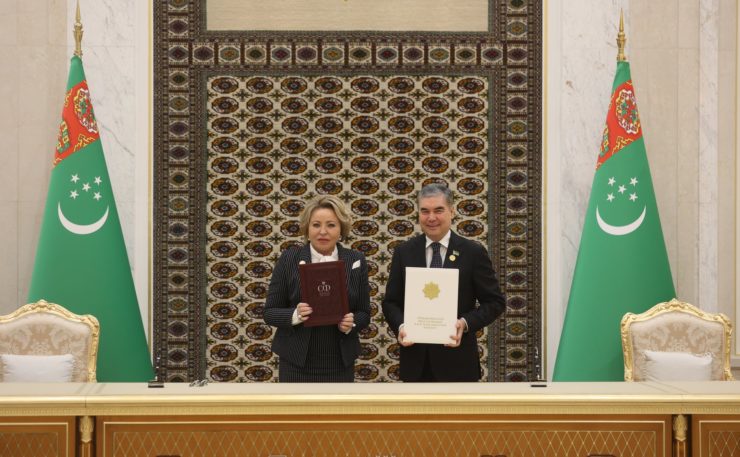 The Chairman of the Russian Federation Council, who had arrived in the Turkmen capital the day before, addressed the Inter-Parliamentary Forum on May 12.

The forum was opened by Gurbanguly Berdymukhamedov, Chairman of the Khalk Maslakhaty Milli Gengesh of Turkmenistan.

After her welcoming speech, on behalf of the Council of the Inter-Parliamentary Assembly of the Commonwealth of Independent States, which she chairs, Valentina Matvienko said that Russia is interested in the comprehensive development of cooperation with Central Asian states in general and Turkmenistan in particular. She stressed the importance of ensuring security of the region. Matvienko also stressed the special importance of this format of diplomatic relations between the heads of parliaments of Central Asian countries and the Russian Federation, taking into account "the increased role of parliamentary diplomacy in the modern world.